Seaside hotel in Hornbæk — since 1939

The dream of a seaside hotel

… occurred to both of us at an early point in our careers. For Anne it was a visit to Svinkløv Badehotel with the Hospitality College back in 1997. The peace, aesthetics and simple concept had a powerful effect on her.

It would be almost twenty years before her dream became a reality, and in the intervening years both of them have spun a lot of plates and checked a lot of guests in and out of both Danish and international hotels.

It was also clear to Kasper, working his way up through the ranks in many different hotels and restaurants during his years in the industry, that one day he had to run something himself. Something he could be proud of and leave his mark on.

This something turned out to be running a seaside hotel together with his wife, Anne. The couple had been looking for something to call their own for over six years, and had lots of requirements in terms of location, size and concept. As soon as they set eyes on Hotel Bretagne, they were sold!

This despite the fact that only the walls were left standing (there were no ceilings, floors or lights), there was dust everywhere, and a little imagination was required in order to see through all this to the potential of the buildings. Luckily Anne and Kasper had imagination, and together with the owner, his wife (an architect) and a sea of workmen, the project moved forward little by little, week by week. A lot happened between January 2016 and April 2017, and the hotel has been restored to its condition as one of the town's proud seaside hotels.

Every day we celebrate the heyday of the hotel in terms of appearance and charm, seasoned with superior gastronomy and sublime service.

Courage – the courage to challenge ourselves and our guests, with the clear goal of creating unique experiences.

Hospitality – professional service in dialogue with our guests enables us to meet and exceed expectations and needs.

Welcoming – we are genuinely curious about and interested in our guests, customers and suppliers.

Truly the best view in Hornbæk

The hotel has the most beautiful, panoramic view of both Lake Hornbæk and the Kattegat Sea, and is just five minutes' walk from the beach, the marina and the charming town centre, which offers plenty to see and do all year round.

Rooms and suitesBook your stay 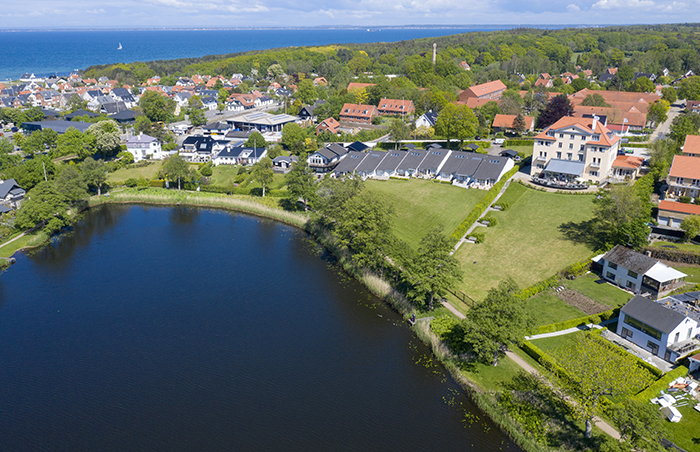 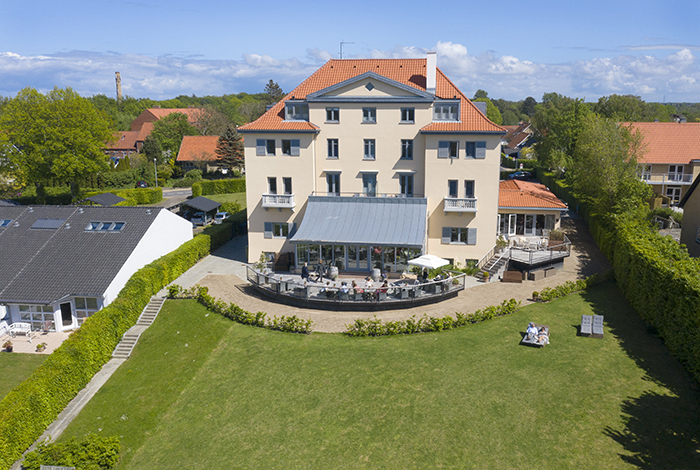 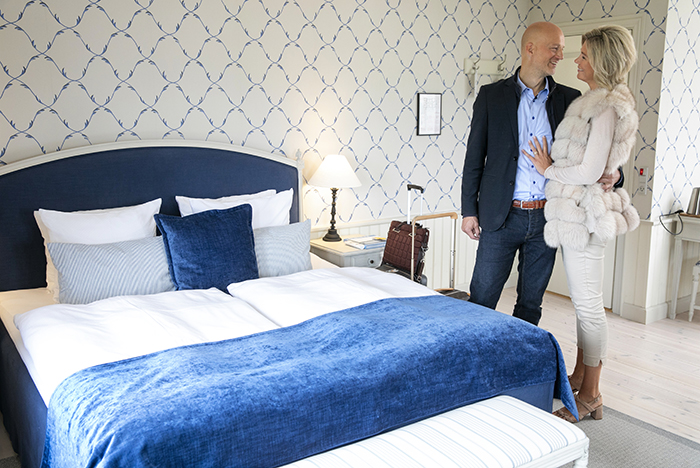 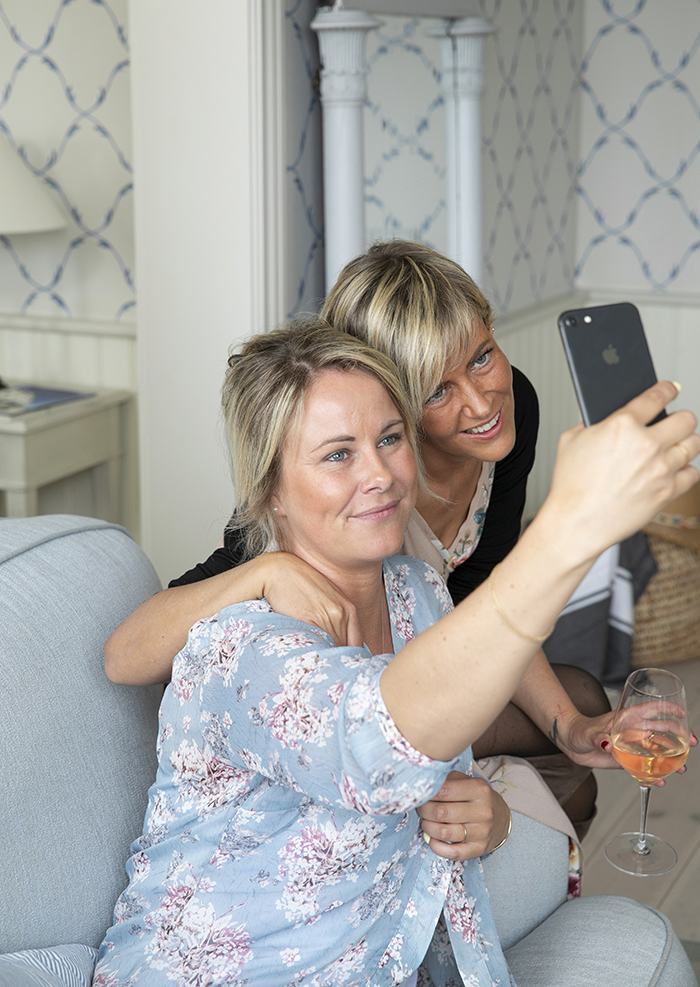 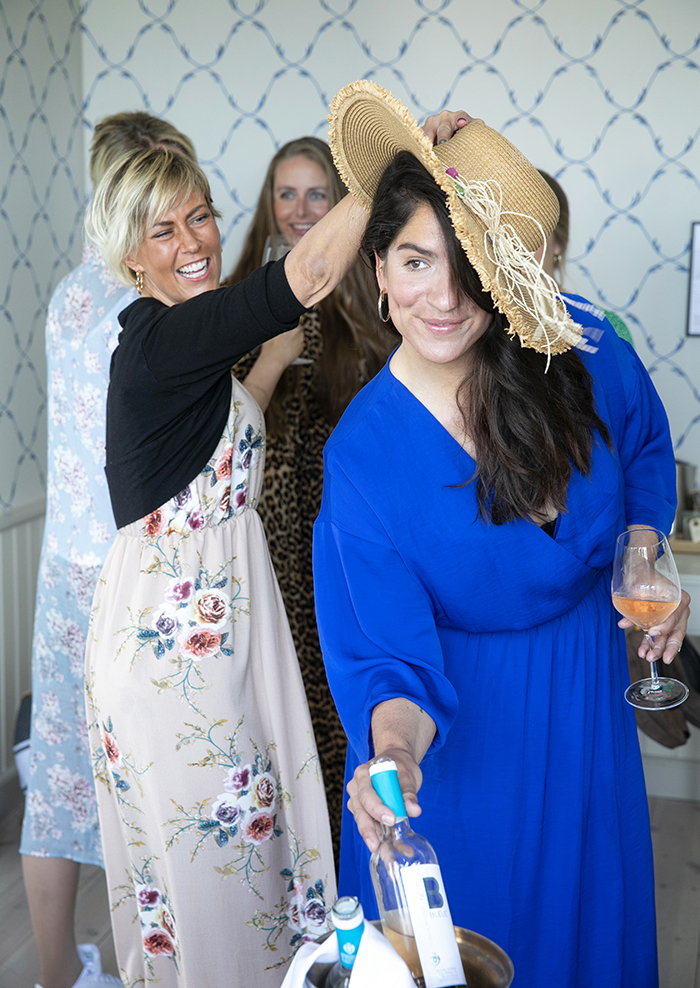 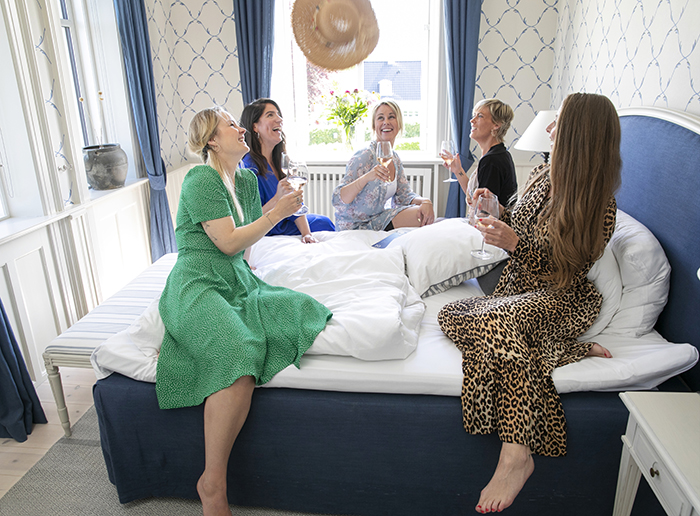 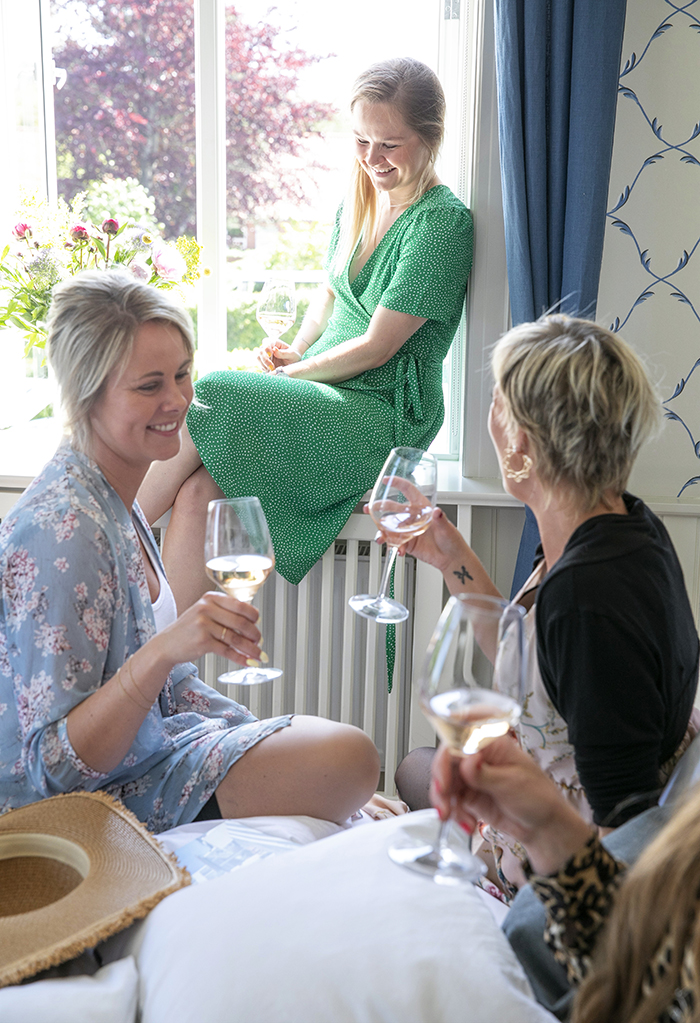 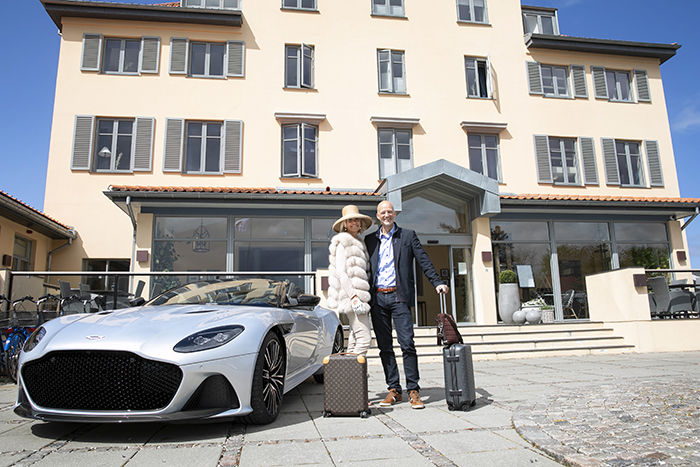 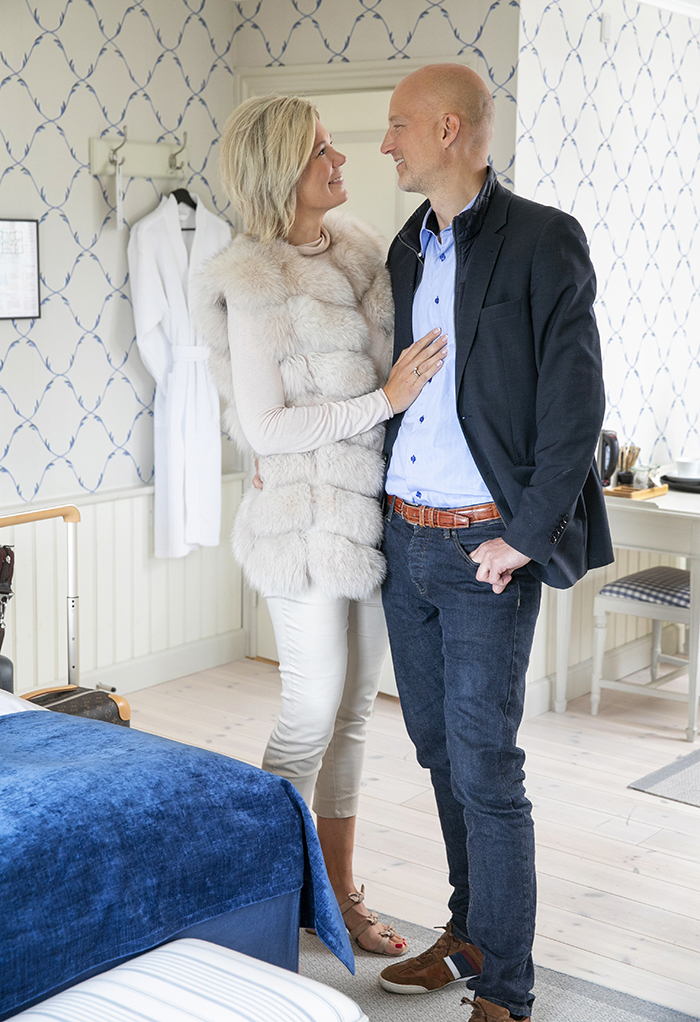 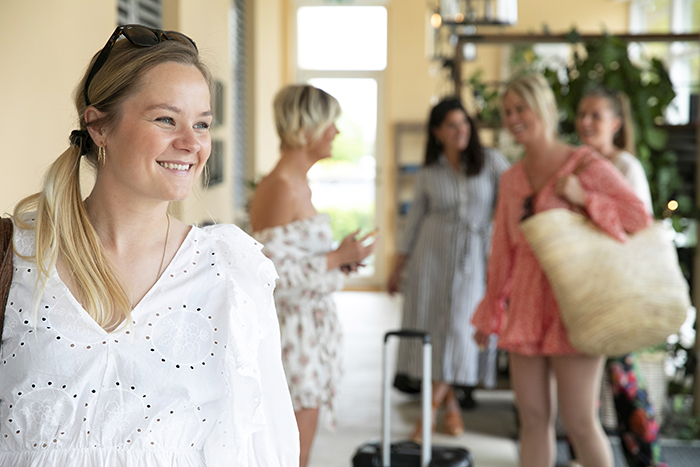 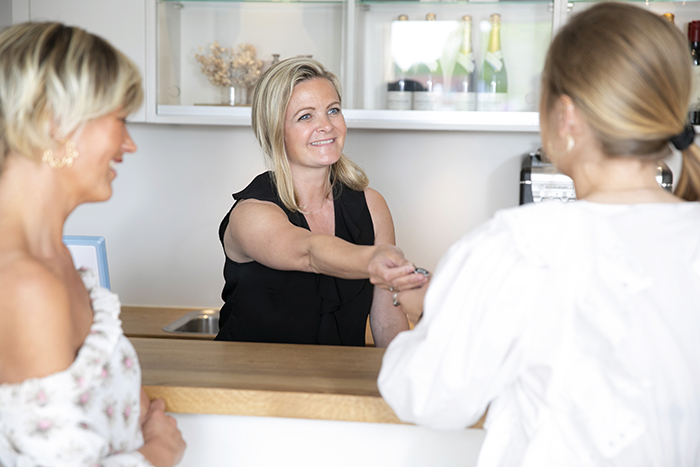 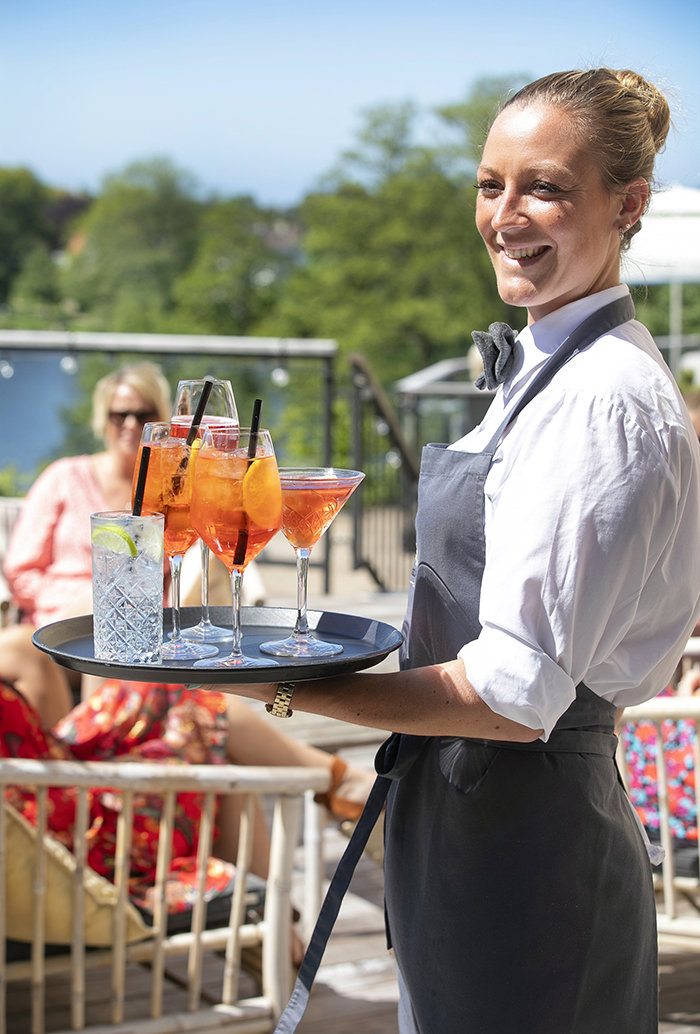 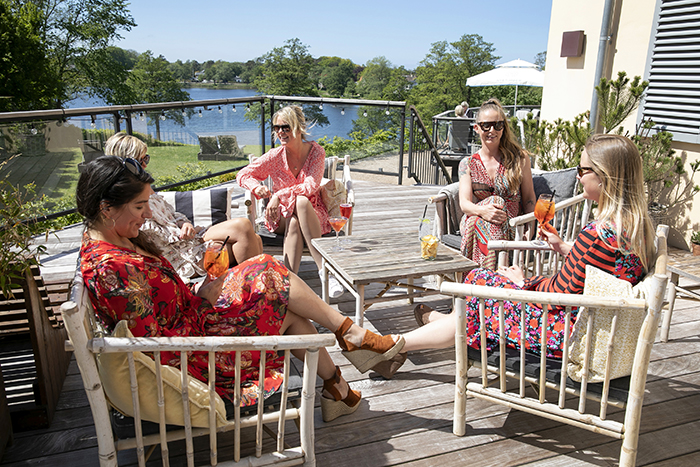 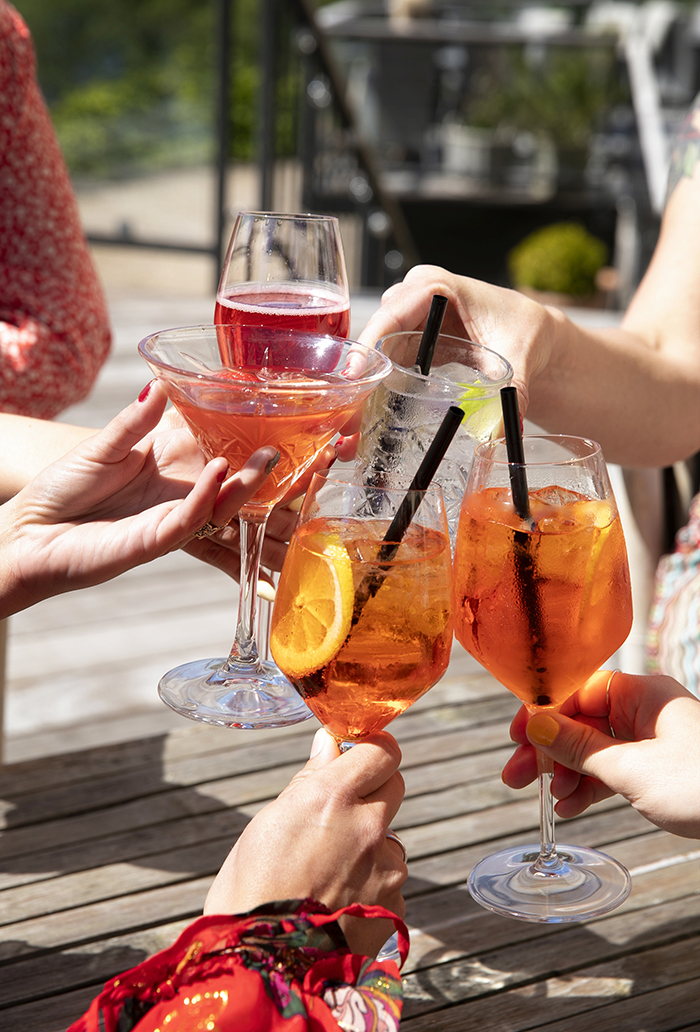 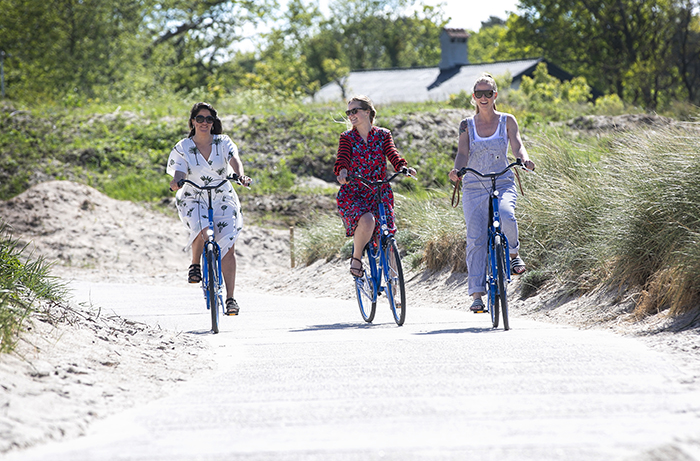 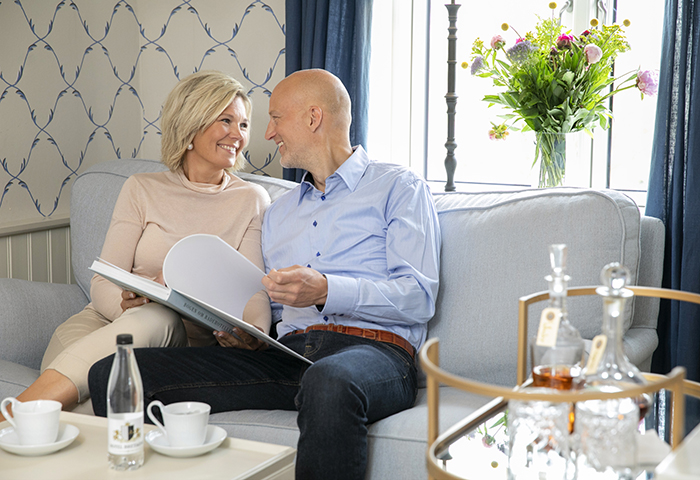 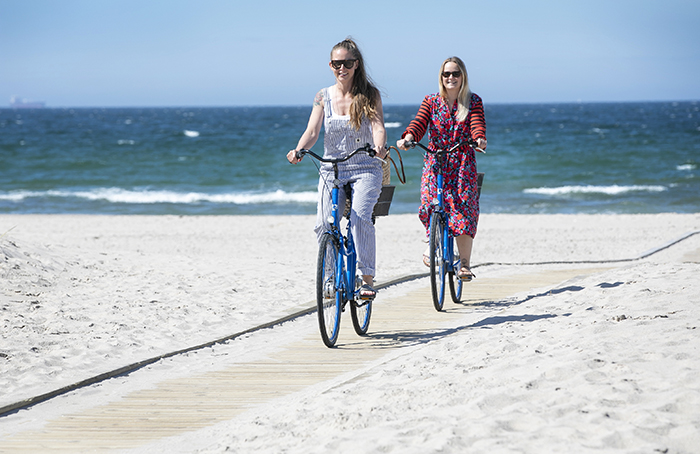 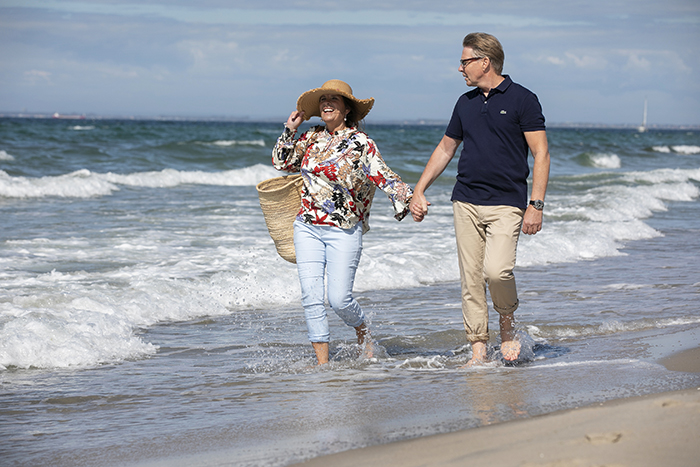 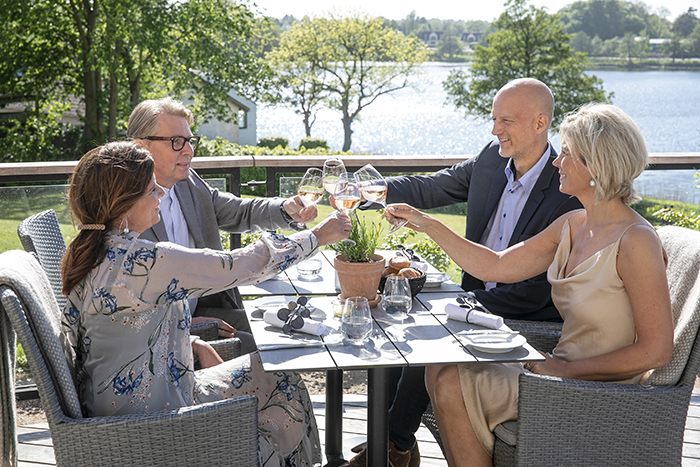 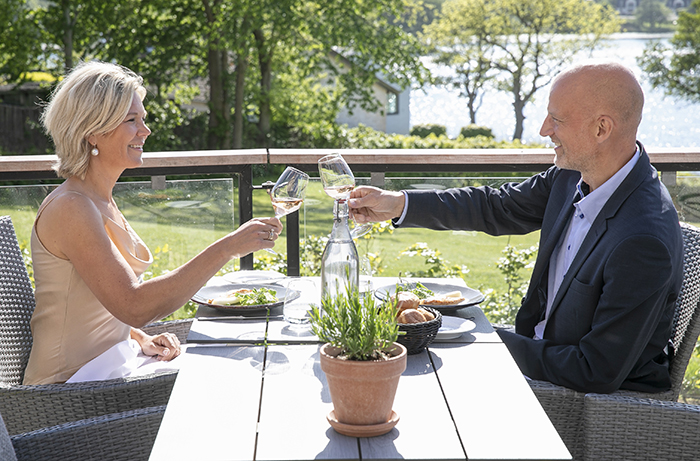 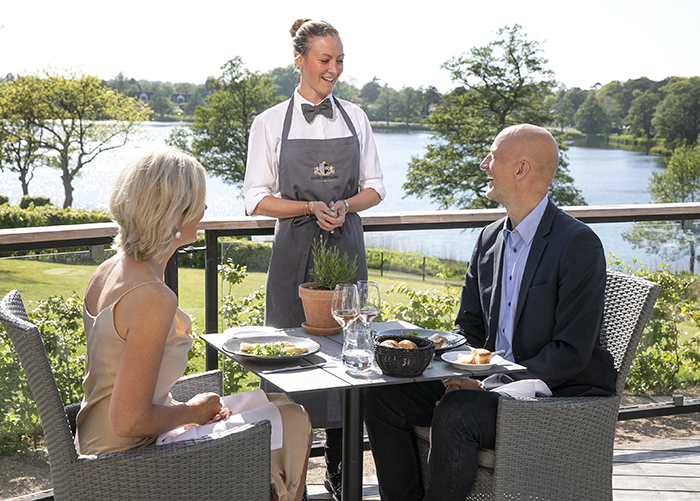 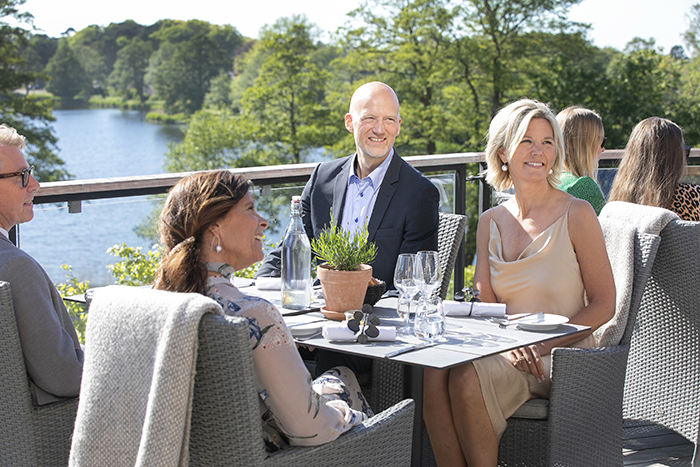 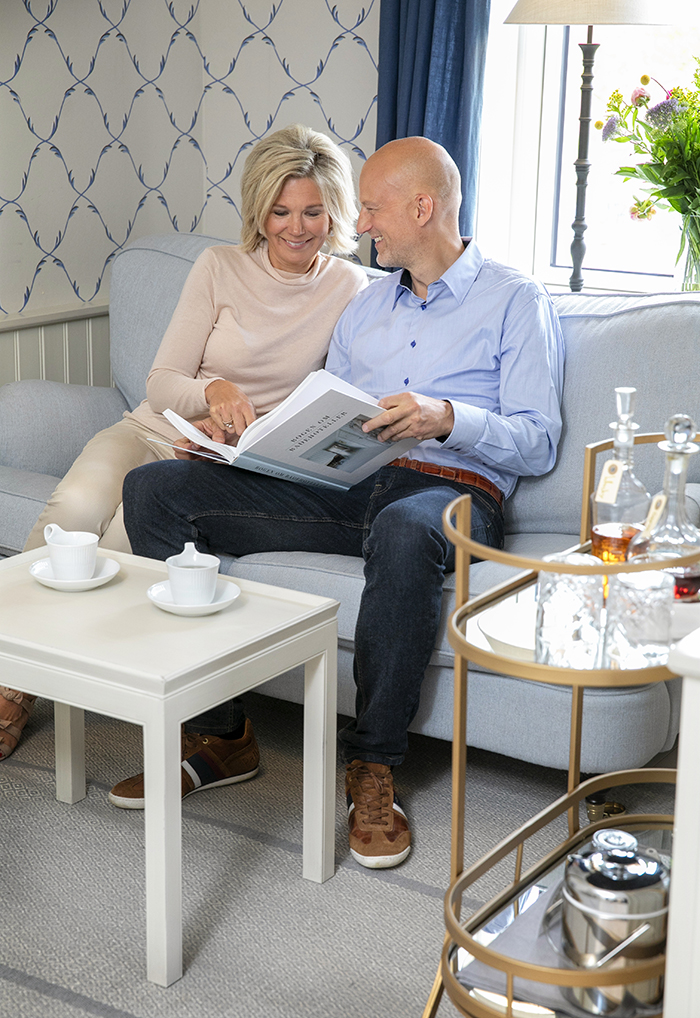 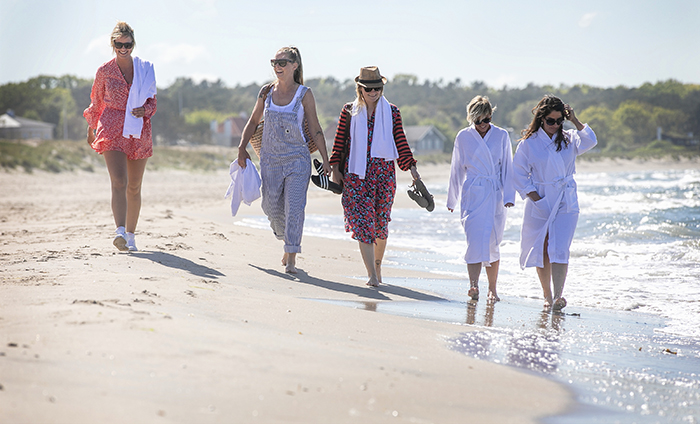 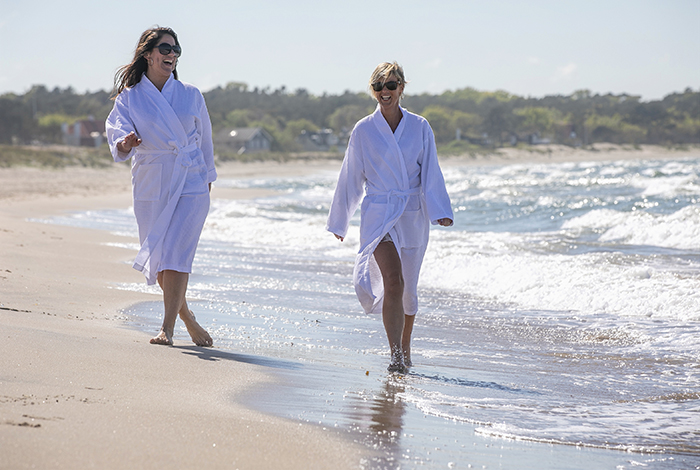 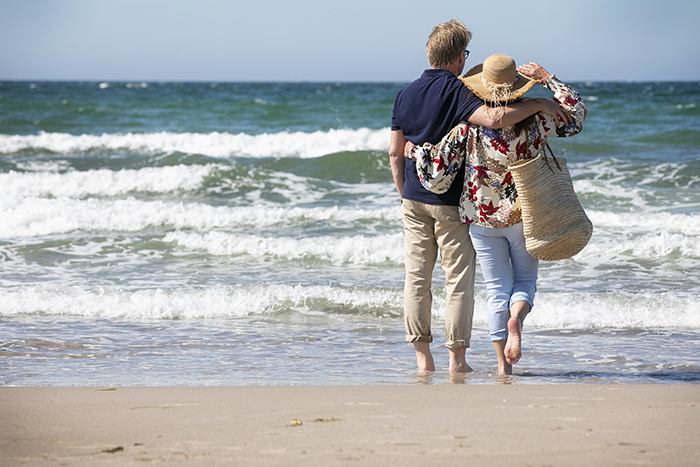 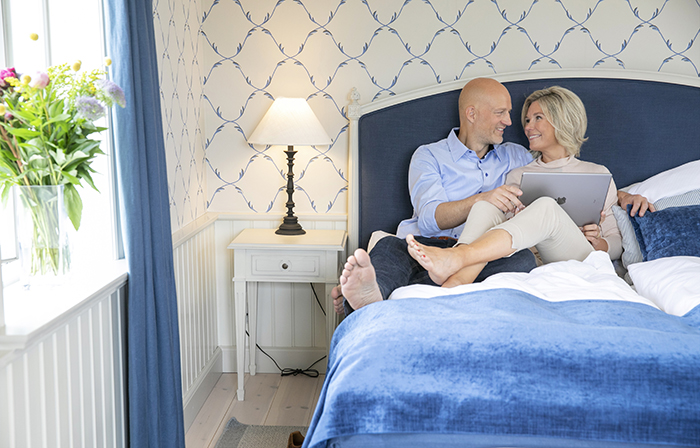 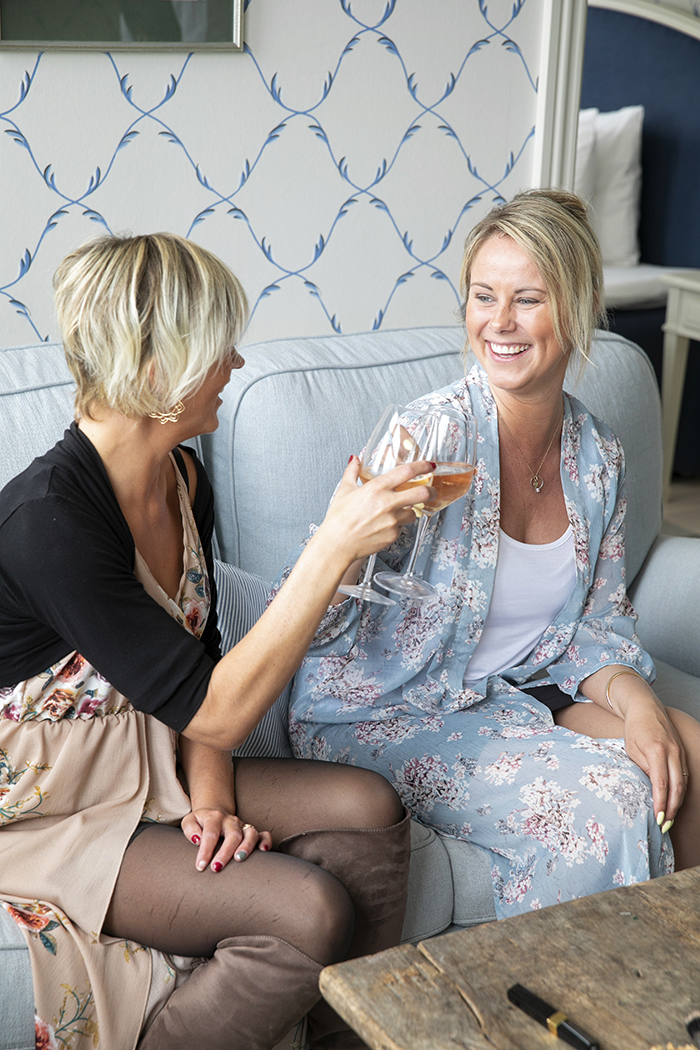 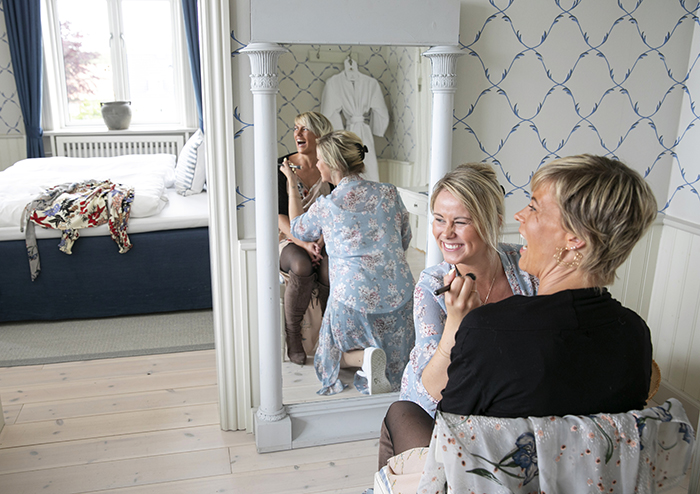 What do our guests say?

Get in touchBook your stay
DESIGN BY DAN®